ACT IN HASTE – REPENT AT THE CCMA 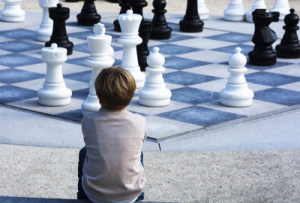 Schedule 8 Section 2 (1)  of the Labour Relations Act (1995) (LRA) “Code of Good Practice: Dismissal”,  states  that “a  dismissal  is  unfair  if  it  is  not  effected for  a fair reason and in accordance with a fair procedure …”. Therefore the failure to follow a fair procedure before dismissing an employee can result in the employer having to pay a costly financial compensation award, even when the employer had a valid reason to dismiss.  This article focuses on the main procedural errors which employers commit. (Note that what follows applies equally to all levels of discipline and not only to those which may result in dismissal.)

There is no specific format in the LRA as to what constitutes “a fair procedure” and by and large the rules of natural justice apply. It is thus left largely to the employer to decide what is “fair” under the circumstances.  However the onus is on the employer to prove that the procedure adopted was in fact a fair one.While the employer is therefore free to follow a formal or informal procedure the minimum requirements must be followed. No matter how gross and indefensible the employee’s conduct may be, if you do not follow a fair procedure following the minimum requirements there is every likelihood that you will end up paying for this omission in the CCMA.

In every case of alleged misconduct, the employee has the right to be informed what misconduct he or she is supposed to have committed or what he or she has allegedly done wrong. The employee must therefore be informed of the charge against him or her prior to the disciplinary hearing, preferably in writing, and the charge itself must accurately describe the alleged offence. (For example, a charge of “dishonesty” is too vague and the alleged misconduct should be stated, such as “It is alleged you stole 10 bars of gold from the safe on or about 16/12/2021”). If the employee is not informed of the charge, or if it is incorrectly worded, the employee will be able to claim that he or she was unable to prepare a proper defence because of a lack of information on which to do so.

Further, the employee must be charged or notified to attend a disciplinary hearing as soon as possible after the alleged 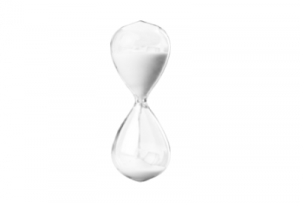 misconduct has been discovered, and after an appropriate investigation has been concluded.  If not, the employee may claim that he or she was unfairly disadvantaged, for example by continuing to break the rules, because he or she was unaware that a problem existed at all. It may also be claimed by the employee that the misconduct was not sufficiently serious to warrant disciplinary action, or that the employer in fact condoned it by their lack of timeous action.

There is no need to conduct a formal hearing for every case of misconduct, particularly where the nature of the misconduct is not serious and unlikely to warrant for example a final warning or dismissal. What is required is to provide the employee with an opportunity to state his or her defence. Depending on the nature of the misconduct, and how serious it is, the options may range from holding a formal disciplinary hearing, to conducting a less formal one, at which the formalities are far less onerous. Even in the situations where the evidence is overwhelming, or the employee admits to committing the misconduct, it is still necessary to conduct a “hearing” of some kind before determining the penalty.  Employers must always be able to show that they applied their minds to the facts, verified them and then considered the most appropriate action to take –  and this will be difficult to prove if no “hearing” was held at all.

If the charge of alleged misconduct is based wholly or partially on documentary evidence, such as files, memos, printouts or invoices, these must be supplied to the employee prior to the hearing to enable him or her to prepare a proper defence. After all, it would be patently unfair to expect the employee to prepare a defence against a charge of say forging a cheque without supplying him with a copy of the cheque itself. 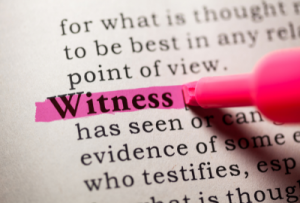 The charge of misconduct is often based wholly or partially on information obtained from witnesses, and it is a basic rule of natural justice that the employee has the right to face and cross-examine his or her accusers, in order to attempt to show that their evidence is incorrect or that they are lying.  For this reason, it is unacceptable to rely only on witnesses’ statements when the witnesses are available to present their evidence and be questioned, and this includes members of the public.  If available witnesses do not appear in person at the disciplinary hearing and present their evidence, the employee will be able to successfully claim that he or she was prejudiced because he or she was denied the opportunity to cross-examine the witnesses because this could prove that they were lying or misinformed.

Similarly, it is patently unfair to refuse the accused employee the right to call his or her own witnesses.

Every employee, at every level, has the right in terms of the LRA to be represented and assisted at a disciplinary hearing by an available fellow employee of his or her choice.  And even if he or she does not actually request such representation, it should always be offered.  Under no circumstances should the employee be refused representation, as this will be seen by the CCMA as a deliberate and unfair attempt to place the employee at a disadvantage.

An employee who is notified to attend a disciplinary hearing must be granted sufficient time to adequately prepare his or her defence.  Depending on the nature and the complexity of the misconduct, a “reasonable time” is usually 2 working days, however this may be longer at the request of the employee.  If the employee is not given sufficient time, there may be a perception that he or she was unfairly “railroaded” and that his or her failure to defend himself was due to a (deliberate) lack of time to do so.

If the employee is found guilty, the LRA requires  that the chairperson first seek and consider mitigating factors, such as the employee’s, long length of service, clean disciplinary record, that he or she admitted guilt and showed remorse as well as difficult personal circumstances etc., before deciding to dismiss.

Similarly the chairperson should also seek and consider aggravating factors that is factors that the employer would submit to influence the chairperson to implement the harshest possible sanction, for example that due to the serious nature of the misconduct there has been an irreparable breakdown in the trust relationship.

Unless it is totally impossible to do so, the person chairing the ‘hearing” (who may be a member of management or an independent ‘outsider’ like an attorney or human resource practitioner), should always be someone who was not involved in the detection, investigation or representation of the employer’s case. If he or she was, the employee may be able to successfully claim that the chairperson was biased and thus unable to deliver a fair and considered opinion.

The LRA states that before instituting disciplinary action against shop stewards, the employer must first “consult” the union. Such “consultation” is to inter alia ensure that shop stewards are not victimised because of their positions. (Note that this does not mean that the union is entitled to represent the shop steward at the disciplinary hearing.)

The requirements for a fair procedure are straightforward, yet employers continue to make simple mistakes which can be costly. Section 194 (1) of the LRA states that the remedy is financial compensation based on the employee’s monthly remuneration, i.e.  “If a dismissal is unfair only because the employer did not follow a fair procedure, compensation must be equal to the remuneration that the employee would have been paid between the date of the dismissal and the last day of the hearing of the arbitration or adjudication …”. With the backlog in the CCMA for arbitration this could result in a substantial amount of money being wasted for nothing!